Education for who's interest ? 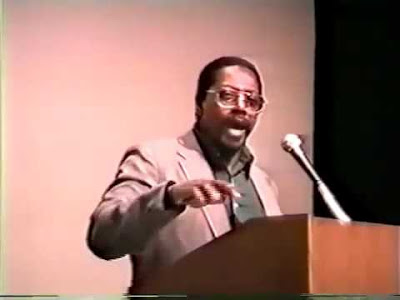 The reason we miss the point is because once Europeans imposed their language, education, religion on us, they hijacked the natural tools for our organic African cultural evolution. Ever since, our perception has been distorted and we don't see clearly anymore.
In her book, Yurugu: An African-Centered Critique of European Cultural Thought and Behavior, Dr. Marimba Ani notes that ''the secret Europeans discovered early in their history is that culture carries rules for thinking, and that if you could impose your culture on your victims, you could limit the creativity of their vision, destroying their ability to act with will and intent and in their own interest.''

There are three things Europeans imposed on their colonies in order to destroy the culture of the natives. And that is LANGUAGE, EDUCATION, RELIGION.

Education is the ultimate conditioning factory whereby children are being molded (conditioned) from childhood to learn and believe certain things. Once believed, it is almost impossible to unbelieve something.

Therefore, since Europeans gave us language,  education, religion (the three most powerful conditioning tool) they've automatically taken away our African perception of reality, and instead form our perception, thereby, destroying every other thing about us.
Guess what? Whoever defines, whoever sets the precedent, whoever sets the context for reality gives you your truth. And anything you believe is the truth is hardwired in the brain in such a way that you'll be prejudiced against the reality, therefore, you'll be stuck to such an extent that you won't be able to go to the backend (reality) to create your own truth for yourself. That's why its very dangerous for an external culture to give you a GOD, LANGUAGE, EDUCATION because all three are precedent setters. If you believe in a God, you can't challenge it. If you speak a language, you can't challenge the meaning you get. If you learn something in school, you can't challenge it. You're a slave to whoever gives you a language, education, religion. What more? Whoever conditions your perception of reality, controls your belief, behavior and to a large extent your action. For details, see the difference between REALITY and TRUTH.

The reason we are in such a bad shape in Africa is because we have adopted an alien perception of reality. Thus, are unable to understand ourselves and the solution to our problems.


One person that understood this perfectly well was Dr. Amos Wilson. And the only reason he was able to figure it out is because he was a psychologist and a historian, so he knew what long years of slavery and colonialism have done to our African brains and how it has altered our perception. But let me quickly add that he never liked to be addressed as ''Dr'' because he was conscious enough to understand that its a European title.

In the following lectures (Mp3 audio) he talks about education, culture, psychology, global white control, economics, black consciousness. If you're an African, you must listen to these lectures, so that you can get your perspectives right about education.


Educating the Black Child for the Twenty-First Century. Mp3 (audio)

A similar person is Dr. Marimba Ani. She wrote a book called Yurugu and in the below interview she granted to a radio station about the book, she discussed education, black consciousness, European global control.

Only knowledge shall set us free.