Showing posts from November, 2017
Show all

Chartered companies: How Europe Laid The Foundation For Poverty in Africa 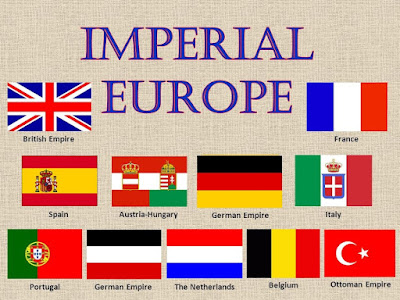 The colonial chattered companies from Europe Brief history of exploitation of Africa by western interests (EXPLOITATION: How Europe laid the foundation for poverty in Africa) Colonial chattered companies..... Chartered companies were companies that received certain rights and privileges under a special charter issued by the sovereign of a European state. This charter usually gave the company a nationally recognized trading monopoly for a specific geographic area and for specific trade items, and the right to use force to open and maintain trade. Dominant in the seventeenth and eighteenth centuries and from 1880 to 1900- the eras of mercantilism and of the ”scramble for Africa,” respectively- royally chartered companies proved to be indispensable tools for the opening of Africa to European commercial and imperial ambition. As a way to defray government costs, European exploits in Africa from 1340 until 1900 were usually funded by high-risk venture capital in the form of r
Post a Comment
Read more
More posts