Showing posts from November, 2014
Show all

France, The Mali Crises and Neo-Colonialism. 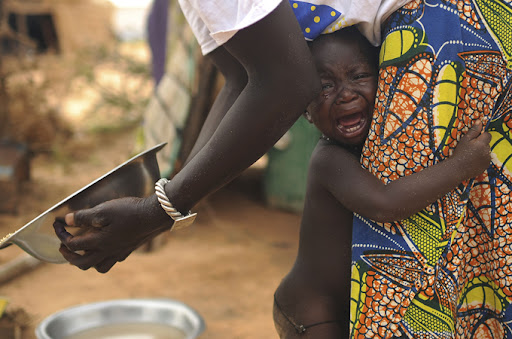 France, the Mali Crises and Neo-Colonialism Mali has started to reverse the decolonialisation project of its first president Modibo Keita, Kane writes [EPA] As representatives of the Malian government and various rebel groups meet in Algiers for peace talks, violence in northern Mali continues and so does the French military presence. France launched its military intervention in Mali in January 2013 with the mandate to stop an uprising of various militant groups in the north, threatening the stability and sovereignty of the country. The goal was then to free the northern part of the country from jihadist occupation, bring back peace, and restore Malian sovereignty on the whole territory. Although France's defence minister announced that the so-called "Operation Serval" had "fulfilled its mission", Mali is hardly a peaceful place today.   As Mali fell into a media blackout, France announced it was reorganising its military presence int
Post a Comment
Read more

What Kwame Nkrumah Said About Neo-Colonialism.

Brief Analysis on What Kwame Nkrumah Said About Neo-Colonialism At the time he published  Neo-Colonialism, the last Stage of Imperialism , Kwame Nkrumah was the President of Ghana, the first African country to achieve independence from colonial rule. One year later he would be deposed by a military coup that was supported by the American CIA. The name of Nkrumah's book is a variation on Lenin's own study of imperialism written 50 years before and named  Imperialism: The Highest Stage of Capitalism . This is fitting because Nkrumah's contribution remains the best single update on imperialism since Lenin. Nkrumah explains in great detail how the West, and especially the United States, was responding to the success of national liberation movements, such as the one he led in Ghana, by shifting its tactics from colonialism to neo-colonialism: "Without a qualm it dispenses with its flags" and "claims that it is 'giving' independence to its former s
Post a Comment
Read more
More posts