Showing posts from January, 2017
Show all

How France Control the Economy of Francophone African Countries 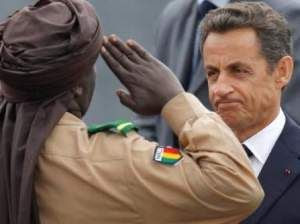 How France Control the Economy of Francophone African Countries The West African Economic and Monetary Union (UEMOA) is an organization of eight West African states. It was established to promote economic integration among countries that share the Communauté Financière d'Afrique (CFA) franc as a common currency. The currency is issued by the Banque Centrale des États de l'Afrique de l'Ouest (BCEAO), located in Dakar, Senegal, for the members of the UEMOA. The union administers the West African CFA franc, now a Euro-pegged currency that is used in Benin, Burkina Faso, Côte d'Ivoire, Guinea-Bissau, Mali, Niger, Senegal and Togo.  UEMOA was created by a Treaty signed in Dakar on 10 January 1994, by the heads of state and governments of Benin, Burkina Faso, Côte d'Ivoire, Mali, Niger, Senegal, and Togo. On 2 May 1997, Guinea-Bissau became the organisation's eighth (and only non-Francophone) member state.  On 20 January 2011, the UEMOA anno
Post a Comment
Read more 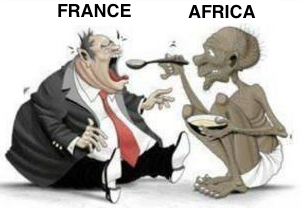 How France Continue to Enslave 14 African Countries Do you know 14 African countries continue to pay colonial tax to France since their independence till today? When Sékou Touré of Guinea decided in 1958 to get out of french colonial empire, and opted for the country independence, the french colonial elite in Paris got so furious, and in a historic act of fury the french administration in Guinea destroyed everything in the country which represented what they called the benefits from french colonization. Three thousand French left the country, taking all their property and destroying anything that which could not be moved: schools, nurseries, public administration buildings were crumbled; cars, books, medicine, research institute instruments, tractors were crushed and sabotaged; horses, cows in the farms were killed, and food in warehouses were burned or poisoned. The purpose of this outrageous act was to send a clear message to all other colonies that t he consequences for
Post a Comment
Read more
More posts