Showing posts from February, 2016
Show all

The Origin And Evolution of Human Societies

- February 28, 2016
The Origin And Evolution of Human Societies We are living in the economic system known as capitalism. It is not eternal. There have been other socio-economic systems before it which we will consider as this article proceeds, and it will not be the last. The point is that societies as well as human beings, evolve. However, the evolution of society, while it is bound up with the evolution of man, is not identical with it. The Darwinist theory of evolution concerns the physical development of different aspects of nature: plants, animals and all the multifarious forms of organic life, including man. Darwinism regards man as part of the animal kingdom descended from a precursor type of ape, beginning something over five million years ago. Early forms of human beings, known as hominids, have left behind fossil evidence that appears on the scene up to perhaps three million years ago. But modern man, homo sapiens, evolved from hominid ancestors somewhere between 100,000 and 150,000 year
Post a Comment
Read more

Great African Kingdoms Before the Coming of Europeans 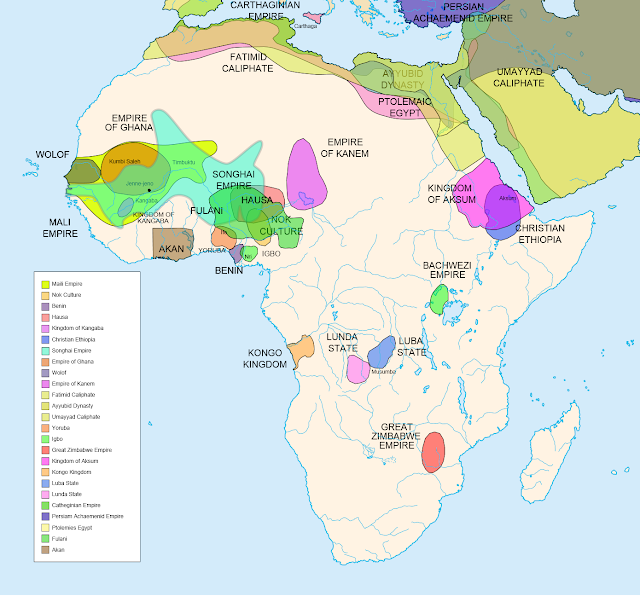 Some Great African Empires Before the Coming of Europeans While Europe was experiencing its Dark Ages, a period of intellectual, cultural and economic regression from the sixth to the 13th centuries, Africans on the other hand were experiencing an almost continent-wide renaissance after the decline of the Nile Valley civilizations of Egypt and Nubia. The leading civilizations of this African rebirth were the Axum Empire, the Kingdom of Ghana, the Mali Empire, the Songhai Empire, the Ethiopian Empire, the Mossi Kingdoms and the Benin Empire. Axum Empire The Aksum or Axum Empire was an important military power and trading nation in the area that is now Eritrea and northern Ethiopia, existing from approximately 100 to 940 A.D. At its height, it was one of only four major international superpowers of its day along with Persia, Rome and China. Axum controlled northern Ethiopia, Eritrea, northern Sudan, southern Egypt, Djibouti, Western Yemen, and southern Saudi
Post a Comment
Read more

A Short History of British Involvement in Slavery 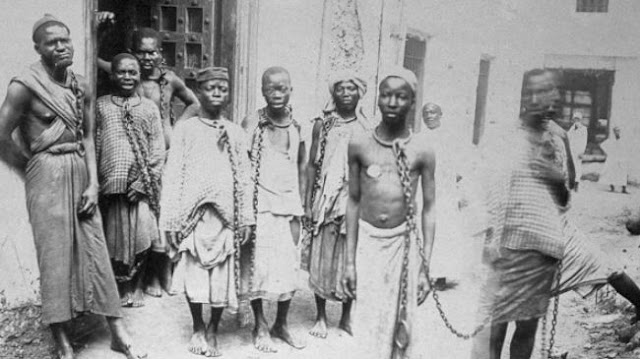 A Short History of British Involvement in Slavery By Marika Sherwood British involvement in slavery is over 2,000 years old, but not in what is now the accepted perspective. Cicero noted in about 54 BC that the 'British' enslaved by Julius Caesar 'were too ignorant to fetch fancy prices in the market'. The enslavement of the people of this outpost of the Roman Empire continued for hundreds of years as we know that Pope Gregory spoke with some British slaves in the slave market in Rome in the seventh century AD. Domestic slavery usually called 'serfdom' also existed in Britain: serfs were bought and sold with the estate on which they had to work for a fixed number of days a year without payment; they could only marry with their lord's consent, could not leave the estate and had few legal rights. However, as they could not be easily replaced, they were not as physically abused as enslaved Africans a few centuries later. The institution of serfdom was
Post a Comment
Read more

A Brief History of Black People in Latin America 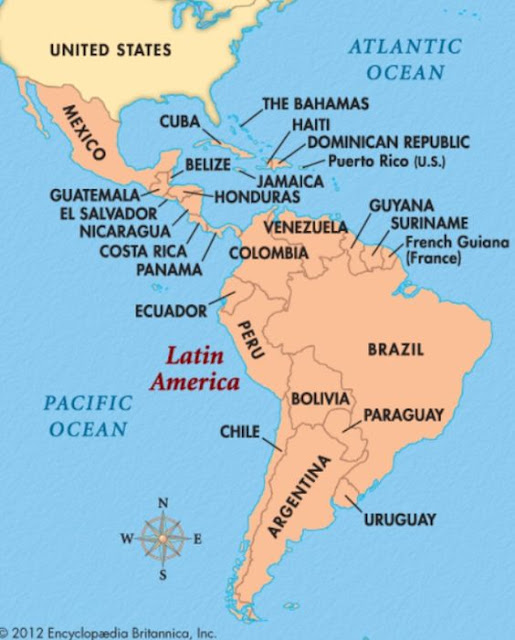 A Brief History of Black People in Latin America Let's look briefly into the history of Black people in Latin (Central and South) America and the Caribbean. In world history these two western regions were the first areas of the Americas to be populated by African immigrants. Yet wherever possible, they prepared and accepted reality with the African immigration to the Americas may have begun before European exploration of the area. African slave trading began before Columbus, and the earliest Spanish and Portuguese explorers. The most direct route from West Africa to the (then) New World was to what we now know as Brazil. Through the 15th and 16th centuries, slavery then moved up the coast of South America through the Caribbean. In fact today the largest population of African people outside of the African continent is in Brazil. The explorers were likewise accompanied by Black Africans who had been born and reared in Iberia. In the following four centuries millions of im
Post a Comment
Read more
More posts