Showing posts from April, 2017
Show all

The Origin of the Bible's 10 Commandments, Heaven, Hell 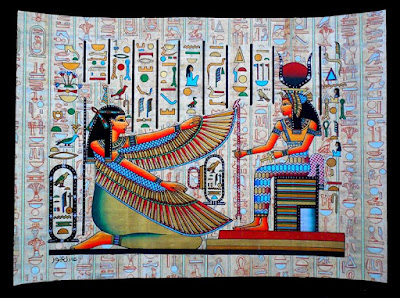 The Origin of the Bible's Concept of Heaven, Hell, and 10 Commandments   The Origin of the Bible's 10 Commandments, Heaven, Hell Do you know what inspired the Torah and bible's 10 commandments? Do you know what inspired the concept of heaven and hell? Sit back, read with an open mind, and you'll understand it. Videos also provided at the bottom. If you look critically deep into the Torah and Bible, you'll see there're evidence it had been doctored at different times throughout history- beginning from the times of Moses down to the times of the Roman empire. People had to doctor it for various reasons to suit their need of the day. Example; Rome  removed 14 books of the Apocrypha contained in the original scriptures before 1611 A D .  Below are some of the books known to have been doctored out of the original scriptures. (1). The Prayer of Manasses This work dates from the first century B.C. It was intended to be used in connection with the story
Post a Comment
Read more

ALKEBULAN = Africa   How Europeans changed the name of Africa The Original name for Africa is ALKEBULAN: Arabic for "the land of original people" Alkebulan is the oldest and the only name of indigenous origin. It was used by the Moors, Nubians, Numidians, Khart-Haddans (Carthagenians), and Ethiopians. Africa, the current name adopted by almost everyone today was given to this continent by a European invader by the name of Louis Africanus. Like all other methods of manipulation, the Romans sought to completely disconnect the indigenous Africans from their culture, deities, and knowledge. History of Louis Africanus and Alkebulan's name change Publius Cornelius Scipio battled Carthage– a powerful city-state in northern Africa which had established itself as the leading maritime power in the ancient world.  The First Punic War broke out in 264 B.C. when Rome interfered in a dispute on the Carthaginian controlled island of Sicily. The war ended with Rome
5 comments
Read more
More posts