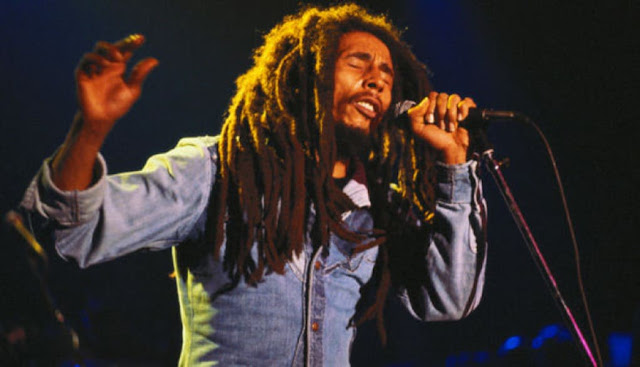 The older I grow, the more I realize there's an ancient conspiracy against black people by Western interests but which you can never learn in school. It's purposefully kept out of the system of education for the obvious reason it would wake black people up if taught publicly. The more I research it through history, international politics and relation, and current affairs, it becomes clearer. And the more I piece things together, the more it becomes increasing clear to me that black people don't understand what's going on in this world and how the world works. In fact, black people don't know about this ancient mischievous conspiracy created against Africa and all black skinned people as a race. This malicious mischief is what gave white people the justification for slavery, colonialism, apartheid, neo-colonialism and ultimately our condition today as blacks throughout the world. For details about this ancient mischief against black people, see: what is Satan? what is Lucifer?- the biggest secret in the world

There's no way we will continue to allow ourselves to be used and re-used by white people if we knew about the said ancient mischief, which was deliberately created to blackmail and put black people down forever.

This brings me to the topic of the buffalo soldiers. You must have heard it many times in the song "buffalo soldier" by late reggae musician, Bob Marley.

Who were the buffalo soldiers that Bob Marley sang about?

In brief, the Buffalo soldiers were African-Americans/black people used as soldiers by the US government to help white settlers defeat native Americans in order to steal their land.

When European settlers arrived the new world (now called America) they began wars against the native Americans who own the land. They began wars with them to kill them off their land, steal their land and possess their land. Indeed, they succeeded. But they didn't do it without using black people.

Wherever white people live today outside of Europe, from America to Australia to Africa to other locations across the world, that's how they killed millions and robbed people on a global scale. Today, they now possess lands and citizenship that don't belong to them. That's by the way.

In 1866, a war was ragging between white settlers in the United States and native Americans and it was a loosing battle for the white settlers. Then, the US government began plotting how to use black people (their slaves stolen from Africa) who were before then not officially allowed to be enrolled in the US army because of their natural hate for black people.

Under pressure to win the war against native Americans in the western US (today's Texas) the US Congress quickly passed a law called "the army organization act" in order to allow black people officially enroll into the US military. Overnight black people could join the US military. This is a good example of how the enslavement and exploitation of black people evolve from generation to generation till this day, depending on the need of white people. But as the French would say "the more things change, the more they remain the same."

A massive campaign began to enroll black people into the military.

In 1867, the first batch of all black regiment was deployed to Western US to face the native Americans because white people retreated but instead wanted blacks to do the dirty job for them.

Relatively well armed, these Africans in the spirit of first time officially being in possession of a gun, fought so bravely that they unleashed fear in the minds of the native Americans. It is said that the native Americans seeing this all-black army and the fierce force they moved in the battle field, dubbed them "the buffalo soldiers" an allusion that they moved with the energy of the buffalo. They were unstoppable and indeed they won the war for white people.

After winning the battle in Texas, they were sent to another location (today's Oklahoma) where their job was to do the opposite of what they did in Texas. On the mission to Oklahoma, they were told to stop white settlers from settling down and building a settlement. Again, they fulfilled the task in flying colors. And this reminds me of the song "zombie" by late Afro-beat musician, Fela Anikulapokuti. He said "zombie no go go unless you tell am to go. Zombie no go stop unless you tell am to stop" which in English translates "zombie won't go unless you tell him to go. Zombie won't stop unless you tell him to stop." Turn right, turn left, walk, stop. Zombie.

So, these black people were used as zombie to do and undo as it pleases white people.

Remember, at the time this was happening, black people in America were themselves still suffering persecution by white people.

If the buffalo soldiers were in their right state of mind, they should have instead turned the gun against white settlers because they were their real enemy, not the native Americans. But they couldn't do that because they were completely brainwashed to work for the interest of white people even if it's against their own interest!!

And that's why I want to talk about this topic because we're still working against our interest today for the benefit of white people.

The first reason I want to talk about this is because in pursuit of their greed and vanity, they damaged the good image of Africans and black people in general. At no time in history did Africans go to another man's land to kill and rob innocent people. Only in America. The second reason is to get you consciousness that similar schemes are still being used to exploit black people today. The commonwealth is still there exploiting former British colonies till this day. For details, please find the post that says "it's time to abolish the commonwealth of nations." I posted it some years back. France has similar organization consisting all members of it's former colonies.

You may ask; why then are they still controlling us today? The answer is that our education in and of itself is part and parcel of the control mechanism. They gave us LANGUAGE, EDUCATION, and GOD. And as long as that's true, they'll continue to control and exploit us because they're the ones creating our reality. For details, see black people are living an illusion. Black people are locked down in consciousness.

Black people wake up! Neither slavery nor colonialism has ended. Slavery and colonialism have simply evolved and is now in many other forms today. But it's ironically happening with our consent, and since we're living an illusion we can't see it!!

It doesn't matter in what guise our relationship with white people, their aim even today as it has always been is to exploit and use us like a buffalo soldier zombie.

They've created a world where we live in an illusion, meaning that even education cannot save us from being used like the buffalo soldiers because education is part and parcel of the illusion.

I teach all colonized people how to understand this illusion in order to free yourself from being used like the buffalo soldiers. Enroll in my class to learn PREDATORLOGY- a study of how Europe re-colonize their former colonies today.

The alternative to break out of this illusion is to change the language, system of education, and religion given us by white people. Once we do that our eyes will open.

Finally, I want to use this opportunity to apologize to the native Americans to forgive Africans (now called African-Americans) who may have wronged you. Forgive us. I do hope you understand the circumstance we were used against our will to commit crime for the benefit of white people.

Africason is a die-hard believer in Africa.
Twitter: @African_School
Facebook: facebook.com/AfricanSchool
Support me
I am raising money to build a model school that would produce students who will outperform those from our current system of education in Africa, in science and scientific thought. I bet you that I'll change education in Africa if I have the resources.
Donate here
Also below is my cryptocurrency wallet. Please forward to your friends and associates. Thank you.
I signed up on Amazon to help readers of this blog get guaranteed discount every time they shop there. Be informed that every time you purchase anything on Amazon using this link, you'll get a discount and I'll get some commission too. It's a new win-win program that Amazon is running to help bloggers and online shoppers. Please support me by following the link each time you want to purchase on Amazon.
BITCOIN

Song: Buffalo soldiers by Bob Marley and the wailers- YouTube

It’s Time To Abolish The Commonwealth of Nations

Why The West Killed Patrice Lumumba.

Why The West Killed Patrice Lumumba   Patrice Lumumba battling for his life in the hands of western engineered mobs Alexandra Valiente / February 6, 2012   Later this year, the Belgian Parliament is due to report on the murder of the Congo’s first prime minister after independence, Patrice Lumumba, in January 1961. The circumstances of Lumumba’s death have been shrouded in mystery for 40 years, but as the Congo’s vast mineral wealth is once again becoming a focus for imperialist rivalries, documents long hidden in official archives have been brought to light. Last year, the BBC ran two documentaries on the tragic history of this central African state. “Who Killed Lumumba?” was screened as part of the channel’s Correspondent series. It drew heavily on the forthcoming new book by Belgian historian Ludo de Witte (“The Murder of Lumumba”, Verso Books, ISBN: 1859846181, published June 2001). De Witte has put together the facts of the case from off
Read more