We are locked down!

Black people in general are living an illusion 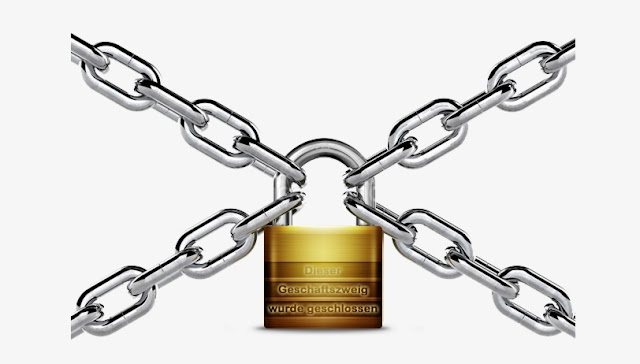 The language, education, and religion given to us by Europeans during slavery and colonialism are the locks. They are not supposed to be given to you by a foreigner because they set the precedent for everything else. Whoever gives them to you from outside your culture would control your psyche and perception. It would cause you not to be able to have first-hand experience with reality.
We can't see beyond the present perception imposed upon us by their language, education, religion because those three are tools at the realm of cause and creation of reality, and anything created and accepted with them is like something built on solid rock. They are the precedent setters for perception, truth and reality.
Guess what? Whoever defines, whoever sets the precedent, whoever sets the context for reality gives you your truth. And whatever you believe to be the truth is hardwired in the brain in such a way that you'll be prejudiced against the reality, therefore, you'll be stuck to such an extent that you won't be able to go to the backend (reality) to create your own truth for yourself. That's why its very dangerous for an external culture to give you a GOD, LANGUAGE, EDUCATION because all three are precedent setters. If you believe in a God, you can't challenge it. If you speak a language, you can't challenge the meanings you get when you speak. If you learn something in school, you can't challenge it.
We cannot see beyond the perception they've given us because we have refused to detach ourselves from the tools they've given us to enslave ourselves. We are unable to detach ourselves because whatever language, education, and religion you have, convinces you that its the best for you because they act as a natural perception ceiling. You cannot act beyond it UNLESS you wake up from your linguistic, scholastic and spiritual conditioning and you re-learn.
We have surrendered our critical thinking to a system imposed on us by foreigners. This has made us unable to arrive at our own conclusions based on organic first-hand African experience with meaning, spirit, reason, knowledge.
What more? Second-hand experience with meaning, spirit, reason, knowledge does not allow for organic intelligence and spirituality to develop in us because we are unable to interface with reality with first-hand experience. Instead, we're condemned to forever be looking for first-hand African experience to no avail. It is much like your phone forever searching for wi-fi network to no avail.
Remember, this is happening to us at the metaphysical realm i.e at the realm of causality and creation of reality. If you are not in charge at the realm of cause, you can NEVER be in charge at the realm of effect and consequence, rather you'll exist vicariously forever always running to the person who gave you the tools to create your reality. This is the root reason for our continued dependence on white people even many years after the so called independence.
You may be smart, you may be strong but you'll use your potentials against yourself in servitude to whomever gave you language, education, religion. Example; even as I understand it but I am unable to communicate you in my native language to help promote my own language by this writing in and of itself. Instead, I must still run to the language of the slave master to communicate you because they've created how we should exist. But its artificial!! We have a mind of our own!! We can change it. That's my point.
We have adopted an alien perception of reality. Thus, we are unable to understand ourselves and the solution to our problems. This is a summary of the real reason for all our problems in Africa. But we can't truly understand what I am saying here because at the moment we are blind. Sorry about that but that's the reality.
Once we detach ourselves from the slave master's language, education, religion, our eyes will open and we'll naturally reconnect ourselves back to an organic African experience of reality. Only then shall we Africans discover ourselves and the enormous power we wield but which we're not even aware we have.
We are locked down!!
I teach how to free yourself from white conditioning and control. Learn the secret about how Europeans re-colonize their former colonies today and how to free yourself from their conditioning and control.

Africason is a die-hard believer in Africa.
Twitter: @African_School
Facebook: facebook.com/AfricanSchool
Support me
I am raising money to build a model school that would produce students who will outperform those from our current system of education in Africa, in science and scientific thought. I bet you that I'll change education in Africa if I have the resources. Donate here