The Vexed Question of African Languages in Education

The vexed question of African languages in education. Still, a solution may lay in front of us 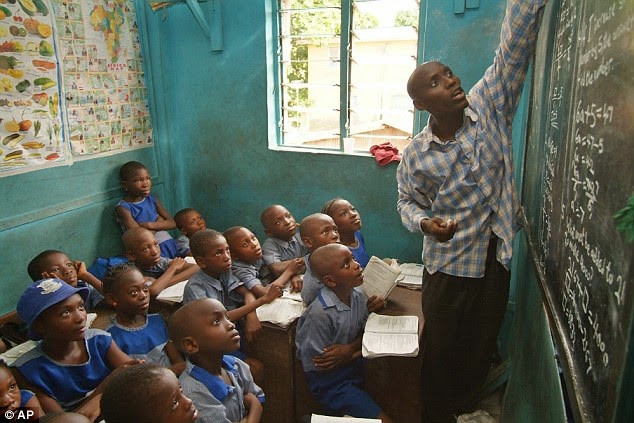 
If you follow this blog, you probably already know I wrote a book called intellectual slavery, the worst legacy of colonialism. I subtitled some of the chapters ''information the West don't want you to know.''

It is very important Africans realize that the West wants us to think on a specific level and not to exceed certain perimeters.

It looks like the information I shared in the book is causing some people sleepless night. You may find it hard to believe, but ''miraculously'' almost all the web links that I cited in my book's bibliography, were all deleted the same week I published the book. Indeed, the old colonialists don't want Africans to be awakened!.

Guess who deleted them? They were deleted by those who don't want us to be awakened by the type of issues being discussed on this blog!. If you already read the book, just go to the bibliography to verify for yourself.

One of such deleted source is a paper titled: The Vexed Question of African Languages in Education by Michel Lafon. That's the link to the paper, and it looks like I would go on to publish all the other sources.

Professor Michel Lafon is a French man, a linguist, a lover of African people, and specialist on African languages. He's one of the few whites who are sympathetic to the plight of African people as it relates to our culture destroyed by Europeans. In the said paper, he and other contributors explored the importance of native language in education. They concluded that native African languages are the greatest tool to cause development in Africa if it could be used for education. This has been my own independent conclusion even when I never knew Mr. Lafon.

The old colonialists don't like that type of information. They don't like anything that would make Africans think for ourselves because they want to be the ones thinking for us. This's why they've deleted web links cited in my book's bibliography.

Our native languages have been relegated to the back seat due to long years of slavery and colonialism which has us lose confidence that our languages could be used to do everything English or French or any other language could do. This has ultimately led to a situation where we don't accord much value to anything native to us or even have confidence in ourselves.

Language, the greatest tool for development is wasting away because we are still blindly hooked to our colonial mentality and are unable to detach ourselves from slavery.

Kindly download the paper in PDF in google drive at The Vexed Question of African Languages in Education. It is just 27 pages read.