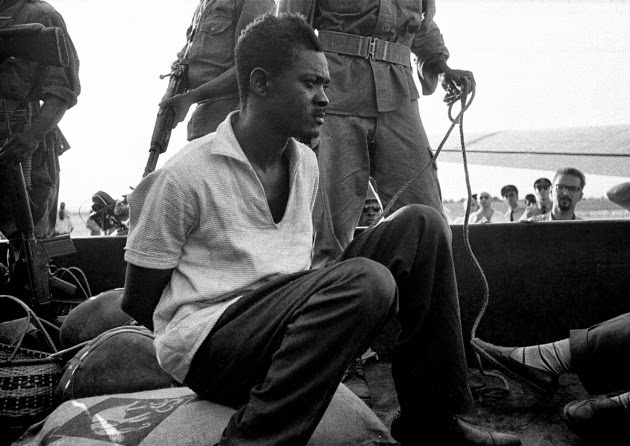 I write you these words without knowing if they will reach you, when they will reach you, or if I will still be living when you read them. All during the length of my fight for the independence of my country, I have never doubted for a single instant the final triumph of the sacred cause to which my companions and myself have consecrated our lives. But what we wish for our country, its right to an honorable life, to a spotless dignity, to an independence without restrictions, Belgian colonialism and its Western allies-who have found direct and indirect support, deliberate and not deliberate among certain high officials of the United Nations, this organization in which we placed all our confidence when we called for their assistance-have not wished it.

They have corrupted certain of our fellow countrymen, they have contributed to distorting the truth and our enemies, that they will rise up like a single person to say no to a degrading and shameful colonialism and to reassume their dignity under a pure sun.

We are not alone. Africa, Asia, and free and liberated people from every corner of the world will always be found at the side of the Congolese. They will not abandon the light until the day comes when there are no more colonizers and their mercenaries in our country. To my children whom I leave and whom perhaps I will see no more, I wish that they be told that the future of the Congo is beautiful and that it expects for each Congolese, to accomplish the sacred task of reconstruction of our independence and our sovereignty; for without dignity there is no liberty, without justice there is no dignity, and without independence there are no free men.

No brutality, mistreatment, or torture has ever forced me to ask for grace, for I prefer to die with my head high, my faith steadfast, and my confidence profound in the destiny of my country, rather than to live in submission and scorn of sacred principles. History will one day have its say, but it will not be the history that Brussels, Paris, Washington or the United Nations will teach, but that which they will teach in the countries emancipated from colonialism and its puppets. Africa will write its own history, and it will be, to the north and to the south of the Sahara, a history of glory and dignity.

Do not weep for me, my dear companion. I know that my country, which suffers so much, will know how to defend its independence and its liberty.